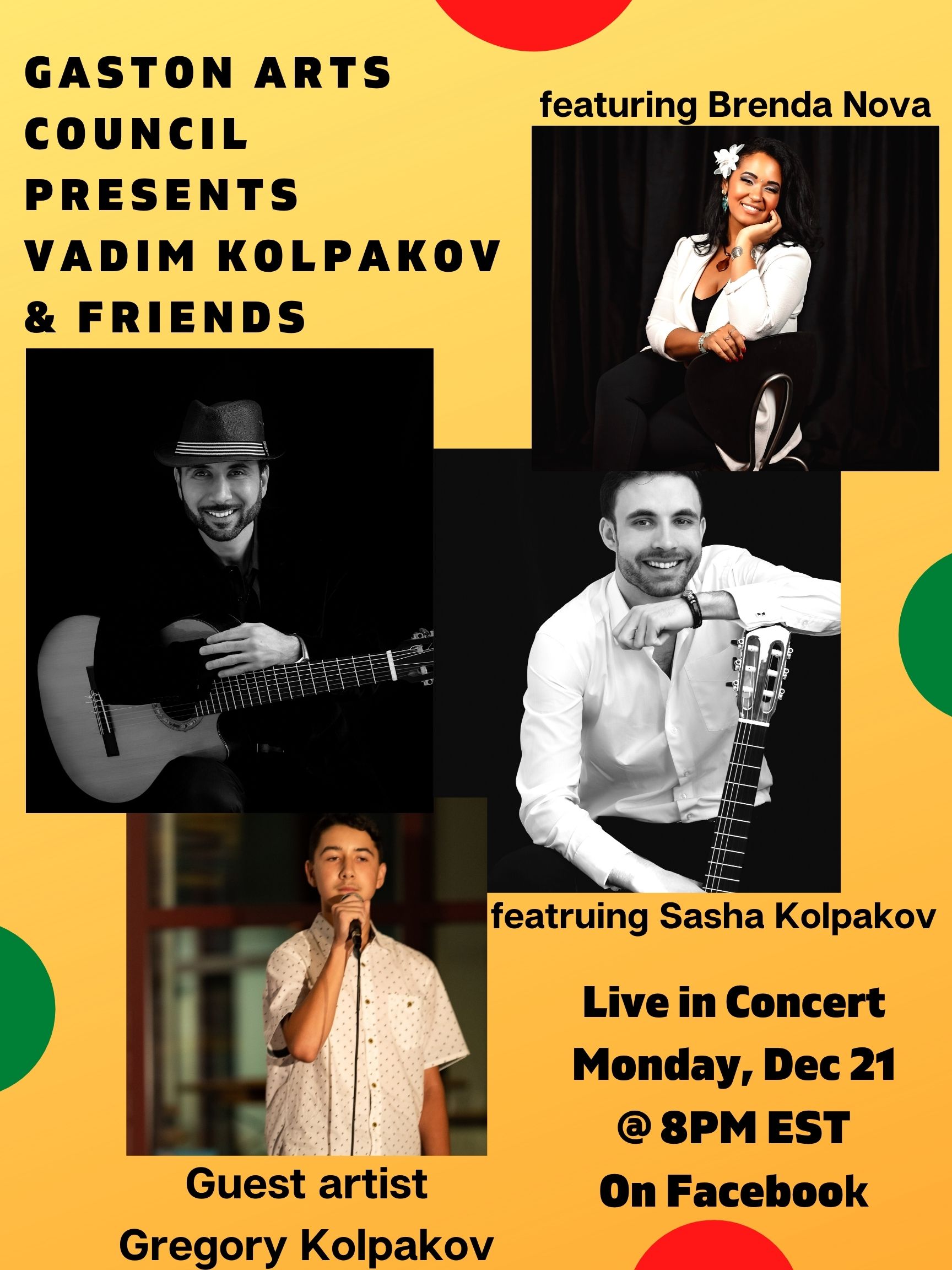 Brenda Nova is a bilingual vocalist with an affinity for many music styles. She has expressed her talent from a very young age and has since experimented with many different genres including R&B, Neo Soul, Bossa Nova, Classical, Jazz, Latin, and Flamenco. She has so far collaborated with many local artists and is currently expanding herself to include singing in French and Portuguese. Also a songwriter, she is working on a debut to be released by the end of 2020. Her goal is to spread love and awareness through her voice and music.

VADIM KOLPAKOV is a Russian-Romani (Gypsy) 7-string guitar virtuoso, vocalist and dancer, artistic director of the leading U.S.-based Russian-Gypsy ensemble, VIA ROMEN. Being the lead musician of the Moscow Romen theater (1996-2004), Vadim comes from the famous Russian-Romani artistic dynasty of the Kolpakovs and is in the third generation of musicians. He has performed all over the world including tours with pop-star Madonna in her Sticky & Sweet world tour.  Vadim's performances win the hearts of the audience with lyrical and incendiary Gypsy style music and dances that originated centuries ago in Russia and Europe, his music is enriched by the influence of jazz, Spanish-flamenco and classical styles. His repertoire program includes a variety of music featuring famous world hits, as well as original compositions, dances and songs

Sasha Kolpakov is a virtuoso guitarist of the famous Romani (Gypsy) artistic dynasty that has given the world three generations of exceptional musicians. He is the owner of numerous awards as a virtuoso guitar player at national and international music competitions. Sasha have been actively performing and competing both in Russia and abroad (Europe, Asia, USA, Canada). He performed in famous Ice show “Carmen” by Olympic Champion Ilya Averbukh, and currently is a part of the Via Romen US–based ensemble and a Co-founder of the Duo of Vadim and Sasha (VS Guitar Duo). Repertoire of Sasha includes Romani (Gypsy) music, Latin American, Jazz and Spanish Flamenco. Similar to his uncle Vadim, Sasha represents Kremona Guitars.

Gregory Kolpakov is the ballroom dancer and winner of many youth dance competitions, he also performed on many stages as a vocalist with Vadim and the Charlotte arts studio.

More about Virtual Concert with An International Flare